The vast majority of analog watches feature twelve hours on their dials. Some may indicate in some way whether it is AM or PM, while with others, it is up to you based on context to recognize what time it is.

But did you know that there are also analog watch dials that feature 24 hours? Instead of revolving twice around the dial over the course of a day, the hour hand need only revolve once.

The majority of people who use 24-hour analog watches are professionals, and the nature of their jobs and fields (i.e. military, scientific research) tells you something about their advantages.

Whether you are looking for a watch for professional or personal use, here are some of the benefits of going with a 24-hour analog dial over the traditional 12-hour analog dial:

Do 24-Hour Watches Have Any Drawbacks?

The main drawback of a 24-hour watch is that you have to get used to it. There is a learning curve, because since childhood onward, you have almost certainly been trained to read a 12-hour clock, and to do so almost effortlessly. You may scarcely pay attention to the digits, and simply look at how the hands are positioned to tell what time it is.

When you start using a 24-hour watch, you have to unlearn those hour hand positions and what they mean. You have to learn to visualize an entire day around 360 degrees, rather than simply half a day. Not only that, but you have to get used to looking at a more “crowded” watch face.

How easy or hard the transition will be will depend on you as a person. Some people find it relatively easy to switch to a 24-hour watch, or even intuitive. Others may take longer to get used to it, but may still find the benefits well worth the effort.

Here are some examples of who might benefit from a 24-hour watch:

It should be pretty easy to guess based on your occupation, location, or personal preferences whether a 24-hour timepiece would serve you well.

History of the 24-Hour Watch

24-hour timepieces are technically the oldest timepieces in the world.

Why? Because the earliest timepieces didn’t use mechanical parts—they simply used a wedge on top of a disc to show the position of the sun. I am referring to sundials; you might even have one in your backyard.

There are many types of sundials, but their dials represent the 24-hour day, because it takes a full day for a complete revolution to occur. Sometimes all 24 hours are marked; other times only the daylight hours are marked.

You may also find this photograph intriguing:

The photograph was submitted by the UK Parliament account on Flickr, and shows a glimpse of the inner workings of Big Ben. Even though Big Ben’s face only shows 12 marks, you can see that this internal dial shows 24. Pretty fascinating!

Most 24-hour watches and other 24-hour analog timepieces are configured in one of two layouts:

– Noon may be positioned at the top of the dial:

– Noon may be positioned at the bottom of the dial:

In every case, you will find midnight directly opposite noon.

While the vast majority of 24-hour analog dials have one of these two layouts, you will find some that occasionally place noon on the far right or the far left, and midnight opposite it.

The marks may be numbered either 1-24 (or the Roman numeral equivalent), or 1-12 twice.

If you see the numbers 1-24, then you know automatically where midnight is and where noon is.

Watches with 24-hour marks may portray AM and PM in some way, for example, with one half of the watch in a light color to denote daytime, and the other in a dark color to denote night.

Now that you know a bit about the history of 24-hour watches and some of their possible configurations, let’s check out some of the brands which manufacture them and some examples of beautiful 24-hour timepieces (both vintage and modern).

The Swiss watch brand Glycine was founded in 1914, and is renowned for its 24-hour analog Airman watches starting from 1953. These watches feature a black dial with highly readable numbers and a bold hour hand. Popular with military personnel of that era.

Another Swiss brand to turn to for 24-hour watches is Gallet. The company takes its name from its founder Humbertus Gallet, who crafted clocks as early as 1466.

The MultiChron 24 features a Valjoux 7730 movement and a dial with 24 on top and 12 at the bottom. While the first series had a black dial, the second series had a white dial. Features that instantly catch the eye include the “G” in the Gallet name which features a watch hands design, and the intriguing hands which are tan in the middle with black borders. PomeloWatches.com did an excellent review of this watch.

If you are interested in vintage Soviet watches, you doubtless are well-acquainted with Raketa, a brand of the Petrodvorets Watch Factory in St. Petersburg. The name “Raketa” translates to “Rocket,” and honors cosmonaut Yuri Gagarin.

Raketa became a major manufacturer of 24-hour watches for professional use. They made quite a few 24-hour timepieces powered by the reliable movement 2623.H. Let’s check out a couple of their cool designs.

This eye-catching watch is sometimes nicknamed as “Polar” or “Arctic”. The rotating (using the crown at 8 o’clock) inner bezel features a 4-hour shift in red.

Raketa 24 Hours
These vintage Raketa 24-hour watches are a joy to wear and can be had for under $150. Make sure your watch looks like the ones found in the catalog above, there are a lot of fantasy or outright fake dials out there.
Check Prices on eBay

The 24-hours World Time’s rotating inner bezel shows different cities across the world and allows you to instantly check the time in a different time zone (some time zones changed since this watch was released though!). Note: Raketa also made a regular World Time watch with a 12-hours dial.

Another Russian watch brand that has manufactured some stunning (and, importantly, affordable!) 24-hour timepieces is Vostok. In this case, we are talking about modern watches as I don’t remember seeing any 24-hour Vostok timepieces from the USSR era. Vostok uses a mechanical movement 2431 to power their 24-hour watches. The picture above is a special edition 420 SE released in 2016, which had a particularly good value proposition (it was sold for around $100). Now these are out of stock but sometimes can be found on the bay at a premium. Another option is the selection of Vostok 24-hour watches on Amazon, some of them look pretty good.

Want something bolder? How about this massive Oris, celebrating the 40th anniversary of the Blue Eagles Helicopter Display Team. Being a modern Swiss watch, it unfortunately costs like 15 vintage Raketa’s.

Conclusion: A 24-Hour Watch is a Distinctive, Unambiguous Way to Read the Time

Whether you require a watch that tells military time or you simply love the unique look and unambiguous function of a 24-hour analog watch, it is well worth adding one to your collection. With brands like Raketa, Glycine, Gallet and others, you will find no shortage of amazing vintage and modern timepieces to wear or display from around the globe. 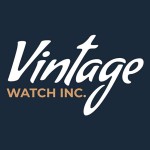 Very nice dial on this Soviet Amphibian in an octo

Impulse purchase. Quite comfortable to wear. I may